You are here: Home » Blog » Ivan Barratt on Why BAM is Moving to a Fund (& How it’s Good News for Everyone)

One question I’ve been hearing from almost all of my investors is about why we’re switching to a fund, and I’ll tell you why BAM’s exciting 2019 project is a good deal for everyone. The questions I’m being asked by so many of our investors are typically why am I moving to a fund, and what are the advantages and disadvantages. I’m glad they asked, because the simple answer is that it’s a true win/win situation – a win for me, and a win for my investors. Now I’ll get to the more complex answer.

The reason it’s a win on my end is that it allows us to have more capital ready to go. What often happens is a “feast or famine” situation; there won’t be many good deals for months, and suddenly we’ll find three great deals, ready to go. Without a fund, we’d have to choose which one (or maybe two) we could do, but doing all three deals just wouldn’t be possible. With a fund, now we can! The fund makes it easier on the team, and also lets us offer more opportunities to the investors. 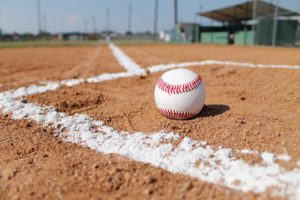 Now, the biggest reason it’s a win for the investors is that the projected returns are going to be higher. If you take a look at my track record, you’ll see that out of every four deals there’s one (to use some sports terminology) that’s a single -performing maybe a little under what we expected, maybe we expected a 17% return and it’s only been a 15% return. Then you’ll see a double, a deal doing better and maybe with a high 20% return. Another will be a third base hit, really solid and having an above expectations return. Finally, we come to that one-out-of-four that’s likely to be a proverbial home run: big multiples of invested capital, maybe 3x in a few years when we’d try to get that on a 10-year deal.

When you take all those deals: the single, the double, the third-base deal, and the coveted home run and they’re pooled together in a fund, the investor gets higher return, less risk, and greater diversification. Also, with a fund, the investor doesn’t have to worry about picking which deal is going to turn out to be the single or the home run. Going in, that’s something even I don’t know! We’re conservative when we underwrite these deals, and there really isn’t any way to know which deal is going to be a double or an impressive home run or grand slam. Some deals end up performing much better than expected; when pooled with three other deals, it may pull the return down on one deal but brings up the average on the rest. So the investor gets higher returns on their money, less risk (always a good thing), and more diversification across asset class and across markets!

More available capital for more deals is a win for me, and higher returns, less risk, and greater diversification is a win for the investor – that’s why BAM is moving to a fund.