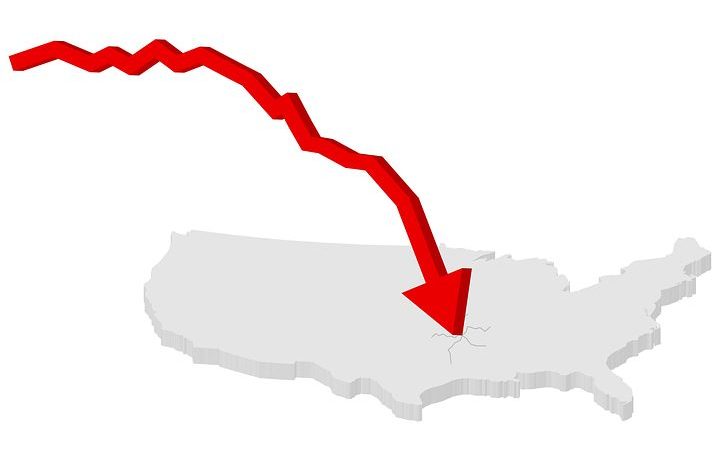 Earlier this week, Chief Economist at Vanguard Global, Joe Davis, appeared on CNBC to discuss the fears that the odds for an economic downturn as soon as next year could be growing. We look at what he considers one of the biggest factors to influence a potential recession, as well as how multifamily is poised to weather any economic storms, and when economists expect a recession.

According to Davis, although there are some potential indicators that a recession could be in the forecast, another factor would have to fall into place to make it a “reasonable expectation.” In his opinion, Davis considers trade tensions to be a major factor, since uncertainty regarding trade policy now is one of the more sobering indicators they’ll be looking at. Davis said if trade uncertainty were reduced, that could lead to upside risk to growth that he and other economists aren’t currently talking about.

Although there are some concerning signs of a potential impending downturn, such as the inverted yield curve and ongoing trade disputes, the economy is still enjoying low unemployment and consistent job growth – although job growth has seen some slowing. The multifamily industry has seen positive performance, as we mentioned in our previous post. Occupancy rates are high, demand remains high, and construction continues on many units across the country.

In the event of an economic downturn, the multifamily sector would be better positioned to ride out the economic winter due to the large number of necessity-renters, and relatively consistent demand. With home costs and financing remaining out of reach for many, multifamily demand is expected to stay steady. In the event of a recession, luxury assets would be more affected than workforce housing traditionally favored by the necessity-renter demographic. Multifamily rental demand is also buoyed consistently by both the millennial generation, which has delayed home ownership and the Boomer generation which is often downsizing from family homes to renter-by-choice assets.

While some anticipate a recession within the next year, others aren’t so sure. In fact, a recent survey of economists revealed that while 38% thought a downturn in 2020 was likely, 34% thought 2021 more likely, and 14% anticipated a recession later than 2021. Although there are many factors that economists consider, the actual timing of a recession is difficult to predict. Another worrying sign is that there are other countries dealing with possible impending recession, which can have consequences for our own economy. Germany has seen some signs of recession, and China is also seeing slowing growth – which would likely impact the US economy. That’s one reason that the Fed looks abroad as it considers the economic situation at home.

The BAM Bottom Line: Although there are warning signs of an economic downturn, the economy is still experiencing low unemployment and good job growth. The multifamily industry is doing well, and is also well positioned to handle a recession. Economists can’t agree on the timing, but it seems likely within the next few years we’ll experience a downturn.